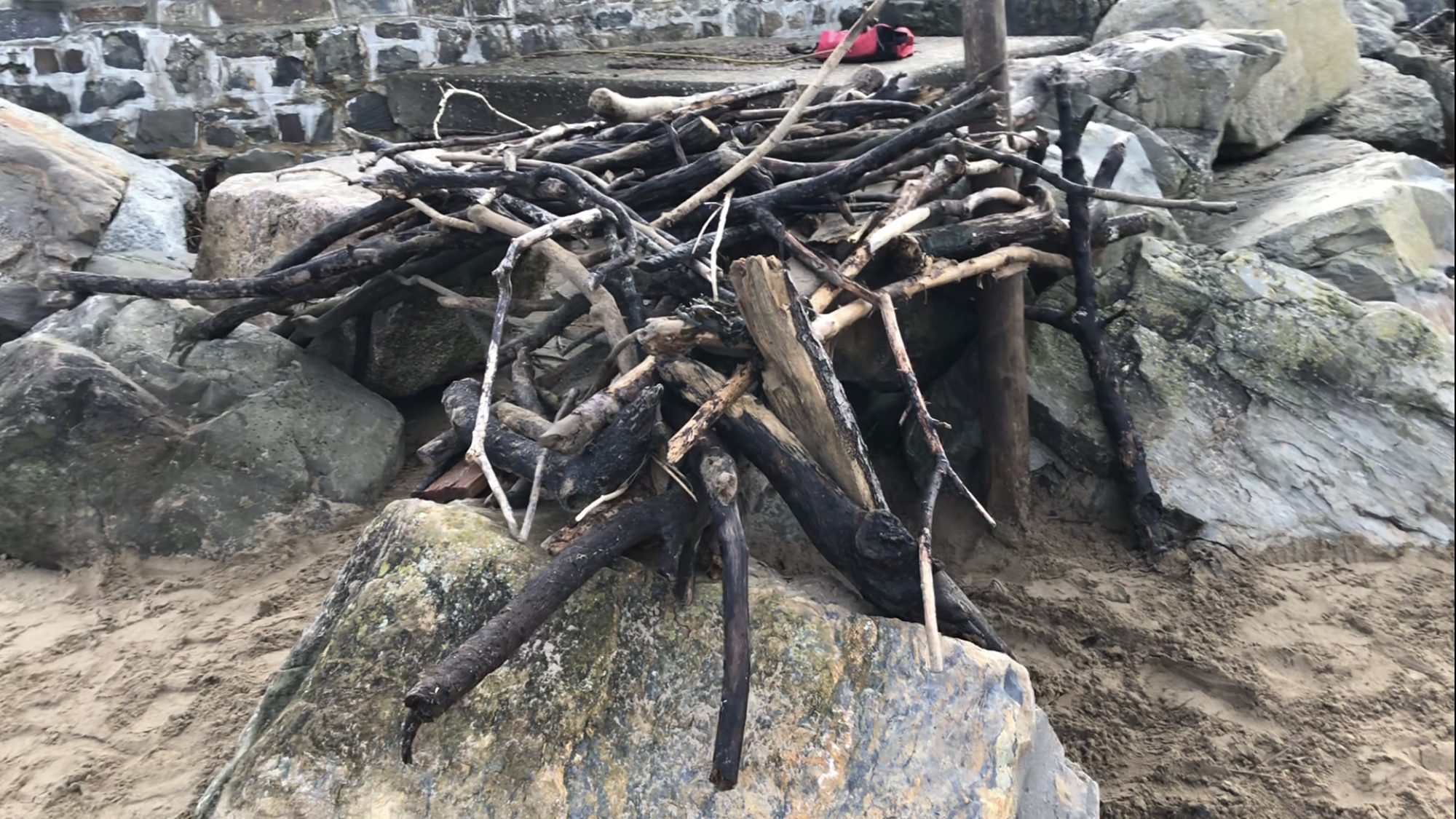 Walk along the beach in winter and it’s quite likely you’ll see tremendous amounts of driftwood dumped unceremoniously along the tideline. If you happen to be walking with a five-year-old, you’re in luck. There’s something you can do together. And plenty you can learn by doing it. Build something.

Build Something With Someone

Building a driftwood den on the beach is a really wholesome activity. Making your own shelter speaks to our deepest animal instincts. It has a natural appeal, bringing elements of play, outdoor manual labour, and engineering together. Along with a sense of pride once completed.

Clearly, it was worth watching all those Bear Grylls episodes. If nothing else, to use the term ‘bivouac’.

So it was, I embraced my inner-child — my inner-adventurer — and set about building something with my five-year-old son.

To help get us started, we found a place by some rocks that offered solid foundations upon which we could lean and prop logs and branches. Next, we set about gathering as much wood as we could.

It was a labour of love.

Slowly, we organised our driftwood into a roof across two large rocks. These, in turn, were secured in place by a few uprights. Then, we extended the shelter backwards to create a rear entrance that joined up with some other rocks. All the time, we kept shifting and tweaking the placement of certain branches (shape is everything when trying to optimise the amount of shelter a den can afford the occupier).

Essentially, it was an elaborate jigsaw made out of pieces that were never meant to fit together.

And therein lies lesson one.

Ultimately, we’re not meant to fit in or fit together seamlessly. We’re not a carefully and precisely cut jigsaw of perfectly intersecting pieces. Instead, we’re a chaotic mass of mismatching miscellanea. Every one of us different. Unique. And yet, we somehow manage to fit, in spite of our differences.

We’re able to make things work. Because there’s strength in difference. And there’s also compromise. In essence, we have enough similarities to find the common ground necessary to collaborate, and enough differences to build something for others. Something they can use, enjoy, improve, and pass on too.

Which brings me to what we learned.

Once we were finished building our driftwood den, what next? Were we going to live there permanently? Perhaps, we should continue to add to it and develop it further?

Firsthand experience of the five-year-old attention span will tell you that further development was off the cards. Enough was, very much, enough. Now it was time for play. Or something else. Another adventure.

So, what do we do with the den?

Do we tear it down, ruining all our hard work? Like Tibetan monks destroying their painstakingly crafted sand mandalas as a reminder of the impermanence of life?

Or do we leave it there? Que será, será.

But, what if someone else comes to use it? What if they change it? Add to it? Move things around?

Seeing as we couldn’t take it home with us, the only solution was, of course, to leave it in situ. And yes, accept that others may see it and want to play there and have their own adventures with our den.

Because what we had built was not just for us.

Sure, it had been hard work. But we had done it together. It was fun. We learned how to make all these washed-up bits of wood into a den. We built something and enjoyed doing it.

And then we played with it and enjoyed doing that too.

Eventually, all that was left to do was to look back at our work, and admire what we had built, before accepting that we hadn’t just built it for ourselves.

Instead, we had created something for others to enjoy too. If they wanted to.

It’s Not for Us

So, we left our den in the hope that others would find it and let their imagination run wild, just as we had allowed ours to do whilst building it.

That is why we do the things we do. It’s why we create.

To serve others in some meaningful way.

Often, in ways we could never have imagined whilst we were busy building.

But, that is not for us to decide.

One final, interesting side note.

As we walked along the beach, leaving our den, we came across another three dens along the way. Each one different in style and technique. One was a teepee. Another had been partly dug into the side of a sand dune. And the last was a large dip between two small dunes that had been covered over with driftwood.

This came with a realisation.

There are more solutions than there are problems.

And this is something worth remembering and holding on to.

Now, go build something for others. 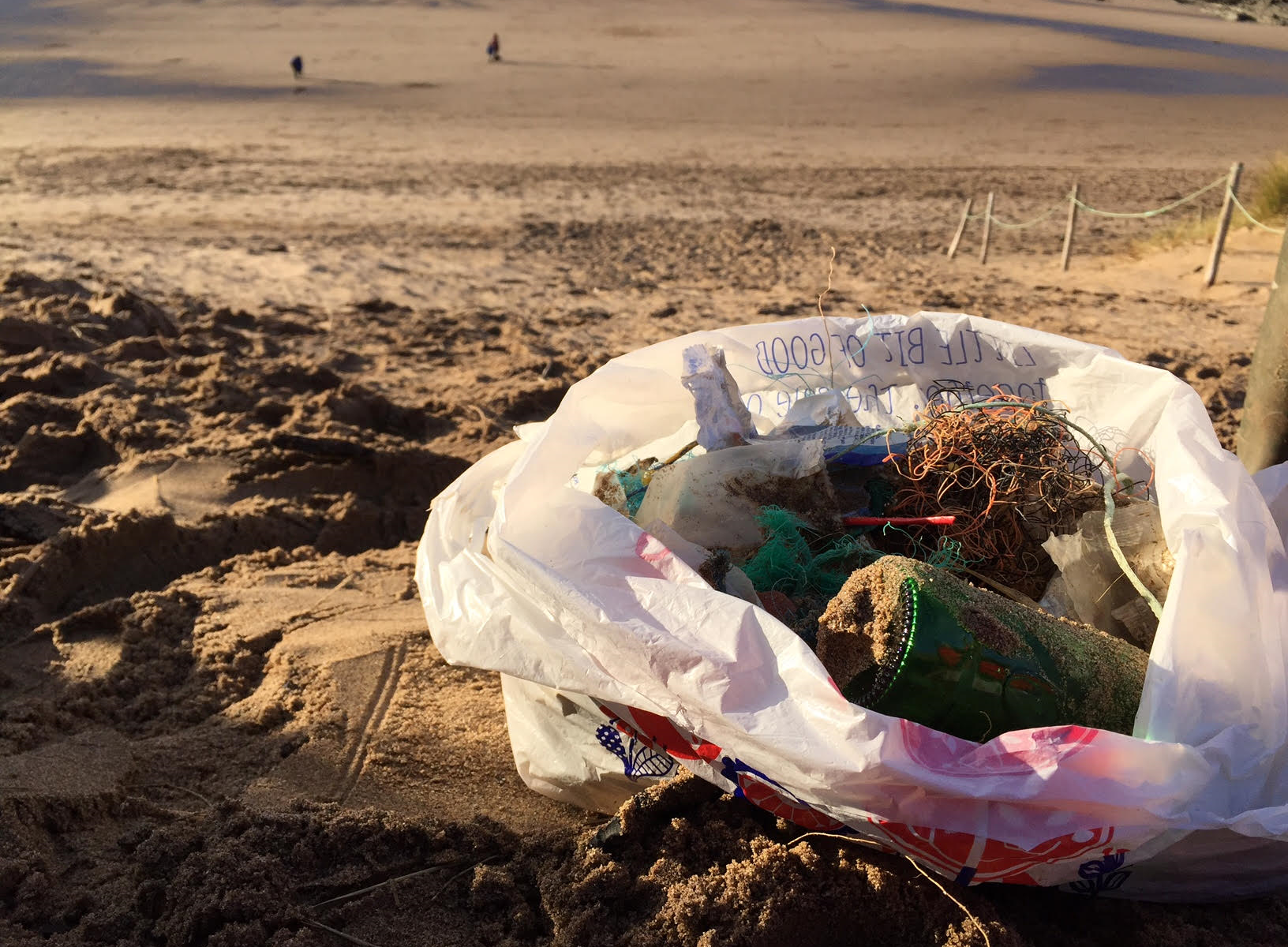 A visit to the beach is always fun, and educational. Tides, waves, limpets, sea snails, anemones, crabs, rock formations, sand structures, rubbish and plastic waste; it’s all an opportunity for discovery and learning. And an open invitation to do a little beach clean in an attempt to preserve the beauty of our wonderful coastline.

I visited Croyde and all I got was this lousy bag full of rubbish!

I’m really lucky to live by some of the most beautiful stretches of coastline in Britain. The beaches here are stunning. Huge expanses of sand. Great rocky outcrops, perfect for rock-pooling. Rolling sand dunes. Amazing surf. Perfect.

A Saturday visit to the beach with my family, being chased by waves, splashing in rock pools, running up sand dunes and sliding down on our bums, quickly turned from enjoying the beautiful setting to a realisation that it wasn’t as idyllic as we first thought. 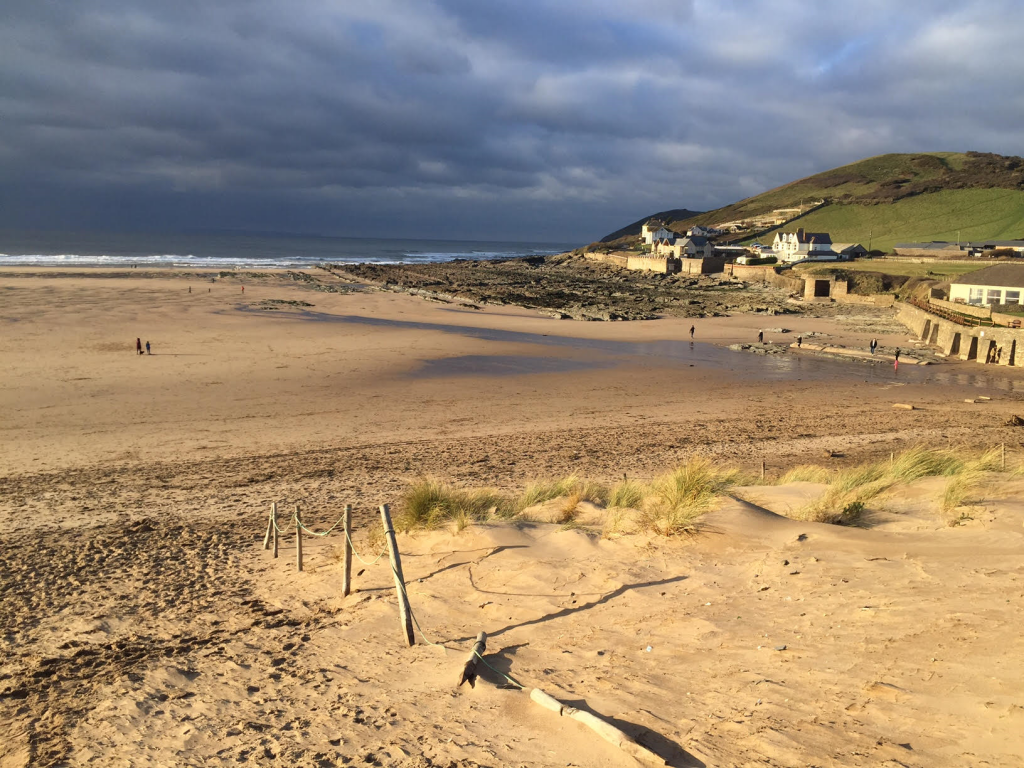 We didn’t even need to scratch beneath the surface. It was staring us in the face. Rubbish.

So our beach day out quickly became a family beach clean. A daddy. A mummy. A granny. A 5-year old. A 2-year old. A determination to do our little bit.

We’ve previously joined in with Surfers Against Sewage  (@sascampaigns) on beach organised cleans. But today was impromptu.

We simply didn’t like what we were seeing on our beach! 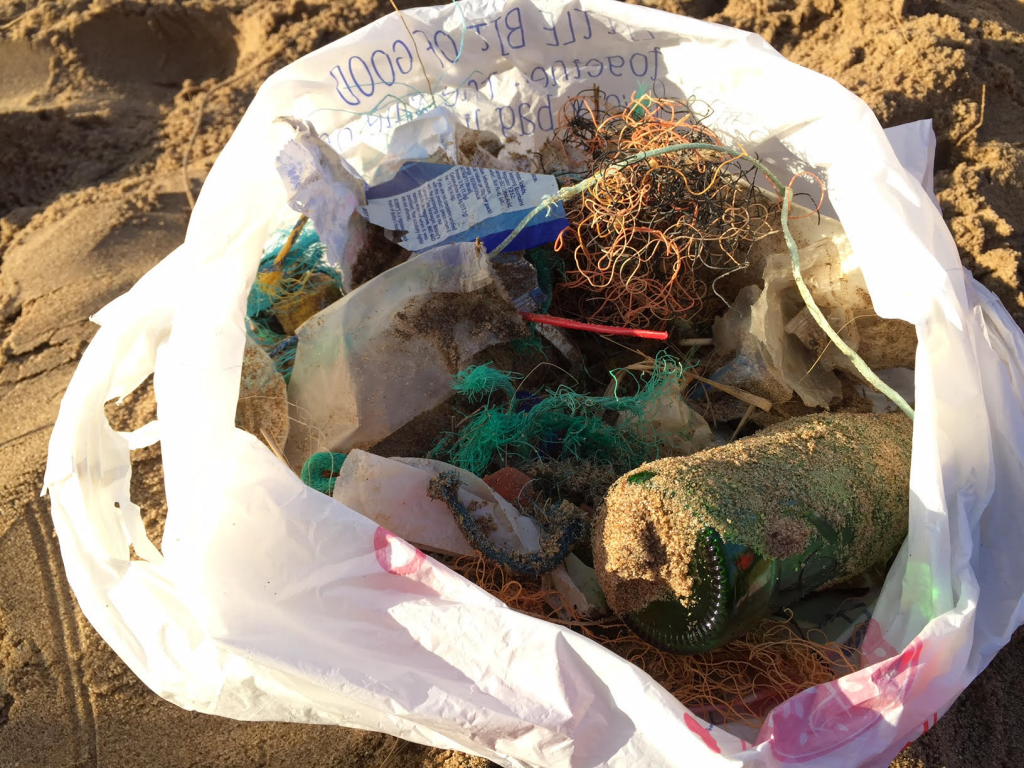 Now imagine if everyone who ever visited the beach spent half an hour of their visit collecting bits of rubbish.

Now imagine if everyone who ever visited the beach took their rubbish with them and disposed of (recycled) it correctly.

Now imagine if everyone who ever visited the beach tried to reduce the amount of single-use plastic packaging they used.

This is definitely something we should all be saying “yes” to doing. And regularly!

I’m no eco-evangelist. It just struck me how much rubbish we found on a small patch of what is a very ‘clean’ beach.

If we all do our bit, the collective outcome will be greater than the sum of its parts.

And we’ll have coastlines, beaches, seas and oceans to enjoy forever. 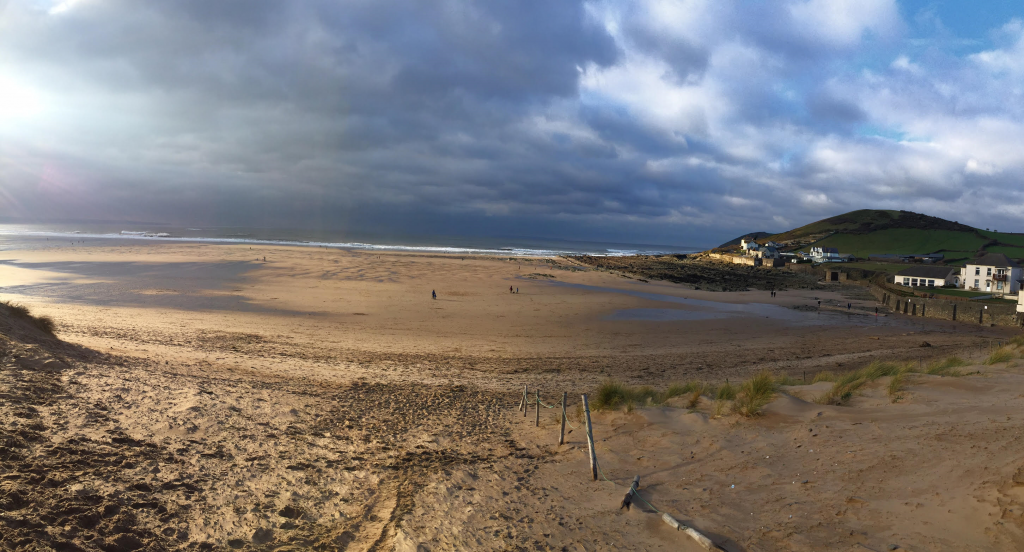 I’ve previously created One Minute Briefs ads on the subject of recycling and reducing plastic usage, for initiatives such as City to Sea (@CitytoSeaBrist) 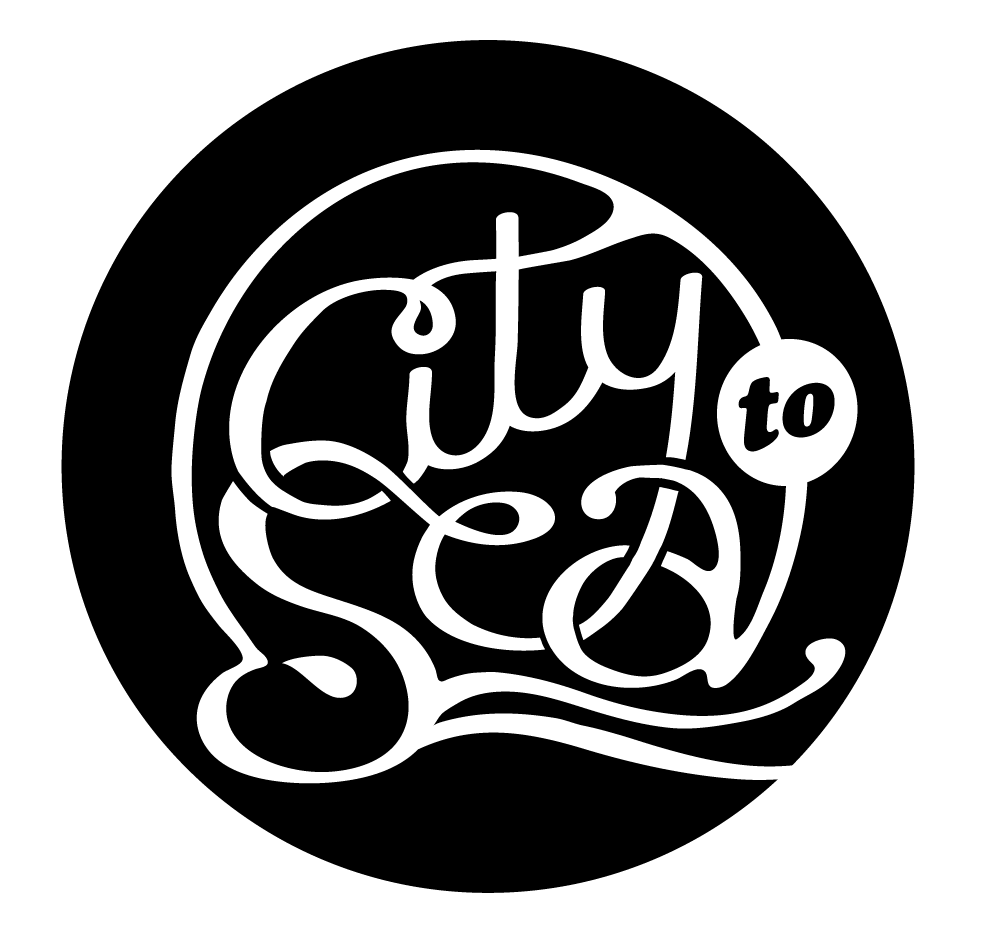 Creating an advert and driving up awareness is one thing. Practising what you preach is something else altogether.

I’m not satisfied with simply creating awareness. I want my kids to see me picking up rubbish. I want my kids to join me in cleaning up our beaches. I want other people to see us choosing to make this a part of our family day out. Looking after our environment together.

A beach clean. As a family.

The kids loved it! It was like a treasure hunt to them. They busily searched through the sand looking for bits of plastic they could contribute to the haul. We talked about what we found. Discussed the impact on the environment. And had fun doing it. Just as we’d had fun running away from the waves. Scrambling on rocks. Splashing in pools. Running up sand dunes and sliding back down again.

Collecting the detritus around us became another integral part of our beach trip.

Next time we hit the beach we’ll definitely get another bag of lousy rubbish!